Top 7 Psoriasis Treatments and Why Comizla is The Best

Affecting up to 3% of the population or 8 million Americans yearly, Psoriasis is an autoimmune disorder characterized by itchy, red scaly patches of skin. It can appear anywhere on the body but is most often evidenced on the knees, elbows, scalp, face, legs, lower back, soles of the feet and palms. While the exact mechanism that triggers the body to start the uncontrolled growth of skin cells is unknown, researchers believe that genetics, environmental factors and stress play a large role.

For many people, psoriasis outbreaks are a minor irritation but according to some surveys over 60% of sufferers report a negative impact on their daily lives. To lessen or eliminate the burning, itching and social stigma that can often accompany a psoriasis outbreak there are many over the counter treatments offered. In this article, we will explorer the top 7 psoriasis treatments commonly available and our pick for the best of the best. 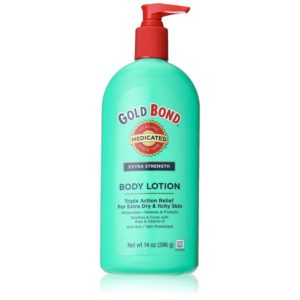 Menthol and camphor lotions such as Extra Strength Gold Bond Medicated Body Lotion have been found by many sufferers to help lessen the negative effects that often accompany a psoriasis outbreak. They must be used cautiously though. While the emollients like aloe Vera in them may help with the scaly appearance of patches and the local anesthetic and counterirritant qualities of their active ingredients may help with the itchiness and burning sensation in the short term, many may actually increase irritation and dryness over time by interfering with the body's natural moisturizing process. 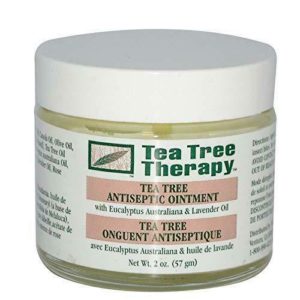 Scientific research into Tea Tree Oil has found it to have antimicrobial and anti-inflammatory properties that can be beneficial in the treatment of many skin ailments. However, there hasn't been any published research on its effectiveness in alleviating psoriasis symptoms and the evidence in its favor is for the most part anecdotal. If used, it should be in a diluted form such as those found in FDA approved commercially available shampoos and lotions like Tea Tree Therapy's Antiseptic Ointment. Pure Tea Tree Oil can cause burns to skin, eyes and mucus membranes and should not be used.

Since skin dryness is one of the main contributing factors to the discomfort and unsightliness associated with psoriasis moisturizing lotions and creams can be used to help restore the skins natural barrier. The National Psoriasis Foundation recommends thicker fragrance-free preparations rich in ceramides, waxy lipid molecules, like Curél moisturizer as these are more nourishing to the skin with less of a possibility of containing additives that could further irritate the condition. For best results, these should be applied immediately after showering or the washing of the affected areas with lukewarm water and mild soap.

The most commonly used steroidal treatments for psoriasis both by prescription and over the counter are those containing cortisone. Cortisone is a hormone produced by the adrenal gland with strong anti-allergy and anti-inflammatory properties. While it must be expected that prescription strength (up to 10%) preparations will have a greater effect in less time, OTC (.5 to 1%) ointments and creams are useful especially in sensitive areas as they present little likelihood of causing irritation. As a general rule, ointments are preferred over creams due to their thicker consistency. It should be noted that some have reported feelings of excitability and restlessness when using cortisone. 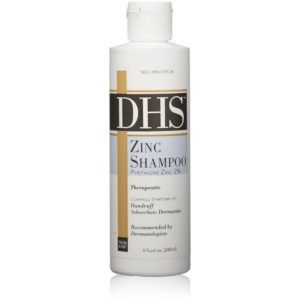 Zinc pyrithione is an anti-bacterial compound highly regarded in the treatment of psoriasis especially seborrhoeic dermatitis. It is most commonly found in anti-dandruff shampoos like Head & Shoulders from Procter & Gamble. There are much more concentrated versions like that found in DHS Zinc Shampoo available. While mainly intended for use as anti-dandruff products they can be used to cleans and exfoliate other areas where psoriasis may occur. Special care should be exercised, as always, in areas where mucus membranes may be contacted. 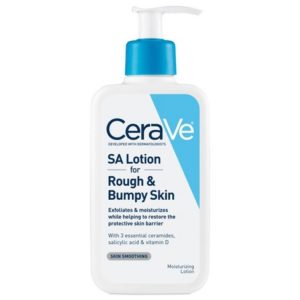 One of only two ant-psoriasis ingredients on the list to receive FDA approval, Salicylic-Acid is a widely used compound found in products like CeraVe SA Renewing Lotion as well as common aspirin. A keratolytic or scale lifter It is considered effective for minor outbreaks but is not going to do well against severe cases of psoriasis or being used over wide areas. Caution should be exercised when using Salicylic-Acid containing compounds. If left on the skin for too long a time period it can cause skin irritations of its own and if used at too high a concentration, over to wide an area of skin the body could absorb too much causing other health issues. On the scalp over applications can lead to temporary hair loss.

The second FDA-approved psoriasis treatment on our list, Coal tar is a very messy but effective compound whose use has been known but not understood for decades. According to National Psoriasis Foundation Medical Board member Steven Feldman, "... .only recently have we discovered that tar components bind and activate specific receptors in cells that calm down inflammation (psoriasis is a form of inflammation)". Found in minor amounts in products such as T/Gel shampoo higher concentrations like those found in MG217 Psoriasis Cream and Psoriatrax Coal Tar Psoriasis Shampoo which contains the equivalent of 5% pure coal tar, the highest amount allowed by the FDA, are thought to be needed for therapeutic use. While these levels of coal tar are considered safe by the FDA it should be noted that the compound is a carcinogen and some states such as California require a cancer warning to be included in the product labeling. 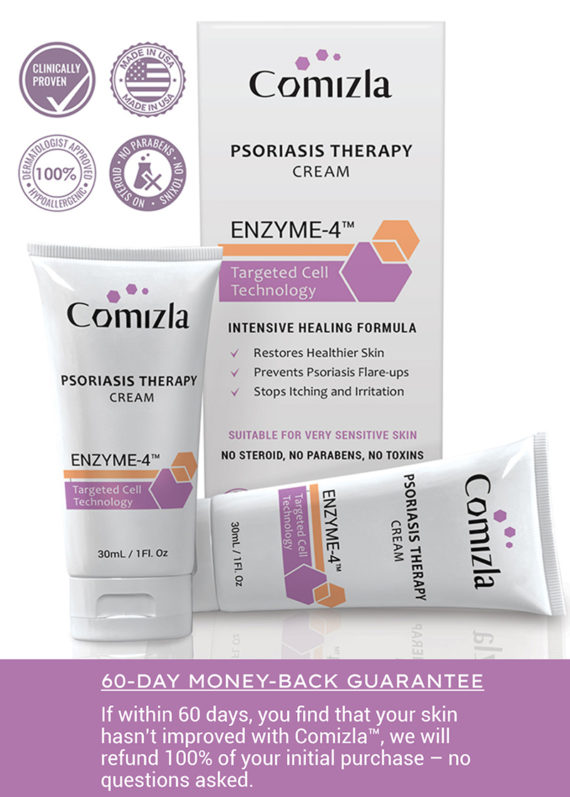 Comizla is the worlds first stem cell therapy cream for psoriasis. Dermatologist approved and 100% steroid-free it attacks outbreaks at their source while soothing the surface of the skin to bring relief in 48 hours or less. Its active ingredient Enzyme-4 was derived from the latest stem cell research to block inflammation where it begins, under the skin. Free of harsh chemicals and additive it is gentle enough to be used as a preventive measure yet has been found to be 90% effective in treating both plaque and scalp psoriasis.